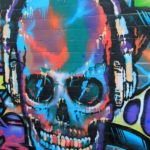 If an ordinary civilian stumbled upon Major Brian Wright in a dimly lit alley, chances are they might run a hundred possible death scenarios through their mind. Even the most open minded, and non judgmental individuals, would have a tough time seeing through his daunting appearance. Standing at 6 feet even, his 240-pound frame is solid muscle which reveal ripples through even the loosest of fatigues; which is what he typically chose to wear. His shaved head is an accentuation to the anti Semitic tattoos that littered his scarred skin. Most of his covert operations have taken him down the dark path of infiltrating Nazi organizations; and he had to blend in regardless of his distain for the job, and a life of judgment. Butch wears that “bad boy” rugged handsome that terrifies fathers, and intrigues their daughters; although he appears several years older than he really is. Perhaps the shrapnel, scarring and wounds he has received from years of  dismantling bombs, knife fights, bare knuckle boxing, and being repeatedly shot started to catch up to him.

Yeah, that civilian might have good call to be physically frightened by Butch. He would never know him like the rest of the guys, and Jane know him. Butch is fairly god damn sensitive, for a brute who lost his mother to suicide. He treats Jane like a little sister most of the time, although she is about five bucks above him as the General of the Team. He knows that sometimes it’s on him to pull extra duty, and occasionally “smoke her out” when she’s out of line. Butch tries his best to follow the rules and orders. Gifted or cursed with a mathematical brain, and logical thinking, though seldom does he use either skill; prefers to flaunt his McGuyver-like skill set in an effort to look cool rather than use his mathematical, logical brain–which he views more as a curse than a gift. He can seem to transform anything into a weapon, and has no problem displaying extreme excitement when new weapons fodder is dumped in his lap.

Surely even John Muir couldn’t match Butchs’ love for the outdoors, and surviving in deep wooded forests and jungles. Butch is an expert survivalist, mastering skills he learned early as an Army Ranger, and developing subsequent skills on his own. He  would drop himself into dense jungles, entirely without supplies, and then navigate his way back alone. A few weeks, or a month later, he would emerge unscathed and well rested.

When I look in the mirror these days, I see a fairly jagged guy staring back at me; pretty far removed from any twerp kid that I used to be. I have mixed reviews of myself, as part of me relishes the deep furrows and tissue damage that shows the world my external strength. This cut, this scar, this hole all have a history of escaping the great grim reaper. The embedded ink of these nasty tattoos, to me, is a sign of my loyalty to my team and my country. Every engraving placed me further out of reach from a normal life. My assignments engaged me into the bowels of Nazi camps, and SS rallies, and so I had to wear their badge of hatred on my body. It motivated me to turn their hatred inside myself and root out these scumbags. I became collateral damage in their fucked up tiny resistance. No wife for me, no home in the suburbs…not looking like this. I was always Mr. Hyde. There is nothing I would not undertake for my country and my team.

Scabby as I am, I do have a mellow mind. I was pretty fucked up as a kid when my mom killed herself. That took a while to get over. I think that was the first real trauma in my life, and I didn’t handle it so well. I can’t explain it but I couldn’t talk after that. No shit! I couldn’t even get a word to “come to mind” so to speak, to even try to communicate. Finally all I could do was knock myself silly against the wall. Just whapped my head against the paneling over and over again. Wanna know the fucked up  thing about that? The rigorous banging didn’t knock any words loose, just numbers. The whole fucking world looked like a grid of numbers to me, and collections, and orders. I became overwhelmed with this urge to count and systematize everything I viewed….  like EVERYTHING, from the stones in a sand pile, to the threads on a sweater. I realized how ordered, and not random the world is. I saw everything as an equation, and I had to solve them all. This went on for about a year, until my grandma took me. We lived in Greece, far removed from prodding doctors, and so called specialists; and I’ll be damned, maybe it was the salt air, or the sea water. I just started talking. I forgot about the image of my purple mother swinging in my closet amongst my toys; forgot about my dead dad, and the folded flag in my old room. Forgot about the electric shock therapy those bastards were giving me. I just rebooted, and began living.

I have been in enough shit storms to make any grown man curl up in a ball and give up. Maybe even want to turn to drinking, or some asshole violent shit. For me, I figured out fairly early on, that when the devil comes knocking, and wants to have a conversation with your soul. You have a choice as to whether or not you want to let him in. I make a joke with myself, “Oh fuck,” I say “the devil’s at the door again, and he is selling something.” I picture him on a little bike, with one of those skinny ties, and a white shirt, all Mormon-style. He is vigorously fresh faced and eager to spread his bull shit, and tell me what a bad dude I am, or how fucked up my life is. Since to me, he now looks like a holy-rolling teenage bible thumper, it is a lot easier to shut the imaginary door on him, and keep going. Our head doc has other names for him like “anxiety”, and “PTSD”, however, I call him “Larry”. Most days I just don’t want to be Larry’s friend. I don’t let Larry ride in the car with me, go with me on any missions. Sometimes Larry tries to sneak into my room when I am going to sleep; and I know the bastard will keep me up all night. “Fuck that Larry! You are sleeping outside tonight.” the point is, we all have a Larry. Think about what your Larry is, and then have a conversation with it. Maybe it’s addiction, PTSD, violence, over-eating, gambling; but it’s not you. It’s separate from you, and you can choose to be friends with it or not. I say punch it in the mug, and leave it outside! Get on with life in a better fashion.

I am a big dude, a tough bastard by anyone’s standards; However, there are many resources for help with PTSD, addiction, violence etc, and I am saying that you have to get on the path, have the courage that it takes to live a better life. Find inspiration and healing by heading to the hills and getting some fresh air, or going to the beach and breathing in some salty mist. Nature is a great healer. Put some good food in your body and exercise. Then connect socially with friends and family. You got this! 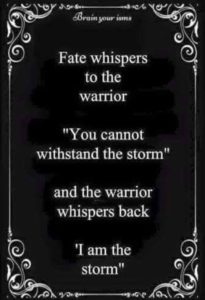 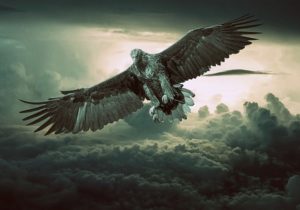 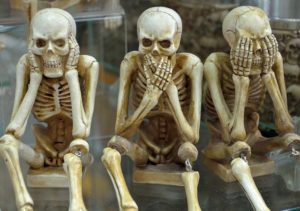 In my book if it doesn’t kill you….you might wish it had. So it’s a good thing to be prepared for any shit that might come your way. I take every opportunity to sharpen my skills that I learned from my military training, as well as valuable tips I have picked up along the way out of need. I read everything I can on the topic of wilderness survival and bushcraft. Some of the best in the business are Joel Lambert, a Navy SEAL veteran, and is quite popular on a few television shows. Another great place to check out is Estela Wilderness Education. Kevin Estella conducts some private wilderness survival courses, and is one of the best in his field. For another Combat Survival Instructor, I would highly recommend checking out what Bob Parr has to say. A 25-year veteran of the Special Air Service, and the Owner of SO3, which specializes in risk management. Anytime you can get outside and set yourself up in a makeshift survival situation and “rehearse”, you will be more calm in an actual emergency. Plus the very act of being outside and among nature will bring a sense of well being and confidence to yourself.

You have to respect the body, your body. You worked hard, especially if you were in the military, or law enforcement, to pass all the PT challenges. The agonizing marches and runs that nearly killed you, and the hours in the gym to prepare yourself for duty. Why would you let that go to shit now? Take the time to remember how you felt when you were at your peak performance, when you could run without effort, and scale a wall. When pull-ups were no problem, and in fact, you actually craved working out. How did you look? How did you feel? Wake up in the morning and reclaim the man or woman that you were, and begin the day by reminding yourself, “I am a warrior, I am strong, I am fit. I am healthy. I can run into the world with courage and strength to face the day and all of its challenges. My body is my temple, and I will treat it as such. I will fuel it properly so that it can take me beyond the limits of my mind, and help me push past my own barriers. I will beat the shit out of myself so that I can see what I am made of, so that I can be a model of strength, determination and pride for all others who may need my inspiration. I vowed to serve and protect my country, and care for each and every citizen, I will honor myself and this country by caring for my body, my soul, and my spirit. I will survive and be strong and assist in every way that I can. I will always ask for help when I feel the battle is to tough, and I know that I have many brothers and sisters that are here for me to give me strength, because they know the sacrifice I have made for them. I am strong, I am brave, I am alive.” I believe in you.